Don't Be Delusional, There Won't Be Anything Better For The Next 30 Years. Deal With It.

I mean, the thread is called "There wont be a cure, deal with it" in the middle of the research and studies section...
H

Maybe when the Singularity happens(20-30 years), we can get some bald super AI computers on it
N

pegasus2 said:
Socialism is not communism, and having a minimum wage is not socialism. We have child allowances in the United States too, but no one argues we are socialist. PiS is rabidly anti-communist.
Click to expand...

Social security is socialism. It is the most successful socialist program in US history and keeping millions of retired Americans from poverty. We tried dog-eat-dog laissez-faire capitalism from 1900 to 1929 before Americans and Canadians rejected it in 1930's elections.

Bill Clinton basically legalized bank fraud in America, and the Republicans are neoliberals, too. The salivating jackals want to tollbooth the economy, which was tried in medieval Europe. The result is always the same: high-cost, inefficient economies.

And we're hopping mad at China because they refuse to commit economic suicide at our request, like we did to Japan in 1987. The Chinese have so far refused to wreck their economy with neoliberalism in lockstep with our own plan to cannibalize the economy and impoverish millions.
Last edited: Jul 3, 2020
B

pegasus2 said:
There is one major problem with that analogy. Other nations didn't have to go through a regulatory process before being able to copy America's nuclear technology. Companies that wish to compete with Tsuji will have to go through a regulatory process. They could have competition soon after in Japan, but in the rest of the world it is going to take a while.
Click to expand...

And even more important. Nuclear weapon are a national thread if your opponent has them and you don't. Tsuji is not.
O

I once said the same and got like 20 dislikes
T

Heino said:
nameless, you are back...
Click to expand...

Don't mind him, he's been banned and created a new account a dozen times, so he thinks everyone else does that too.
Nothing I post should be taken as medical advice. Always consult your doctor before starting or changing any medication.
H

pegasus2 said:
Don't mind him, he's been banned and created a new account a dozen times, so he thinks everyone else does that too.
Click to expand...

Ah, ok. I'm not into forum drama so whatever lol
H

Heino said:
Yeah, but you fool believe that we will be immortal within the next 3 decades... It's you, namelsss.
Click to expand...

Dude, you're weird. Chill out

Are you being sarcastic?

What about Shisheido, tsuji, aclaris, follica?

I cant remember what skinte is tbh lol
T

Guys what's going on, this is getting off topic again with all this hair loss treatment stuff. How about that communism huh?
D 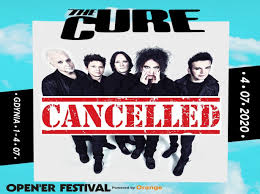 Tha-*burps* that's why you *burps* use it topically *burps* Morty. Yo-you use it once a week so it doesn't build up.
W

Hair loss has never been so commercialized and open as it is today. With companies such as Roman, Keeps etc advertising to suffers its clear the market is there. I think this is exactly the kind of exposure hair loss needs for people to become more invested for better treatments.

I know many of you will think “if they’re making money now why release something better”. Well, look at how many people are buying the products now... a lot. Imagine if a treatment came out that doesnt only work on 80% of men (finasteride) but 100% of men. In other words imagine if a drug cane out that was proven to without a doubt regardless of your genetic makeup to halt your hairloss (no sides ofc). I bet you the proportion of people that hop on Keeps/Roman skyrockets. Idk about you, but that sounds like a whole lot of motivation to come out with something new/better.

Also hairloss will never be cured. Its genetic... you cannot cure genetics lol. Thats like saying cure black people from being black... not possible. Treatment is a better word to use.
W

pegasus2 said:
Being black is not a disease.
Click to expand...

Although it certainly doesn’t feel like it... neither is being bald.

Pigeon said:
Especially in a lot of western euro countries that are socialist.
Click to expand...

I am a 22 years old French guy, i live in the most socialist western country. I can tell you that it's now impossible for us, the new generation, to afford houses and even car (in France, the age of the average new car customer is 58).

It's a destructive process that occur in your body, you can call it a disease that effect your look rather than your health, like vitiligo.