I ve found a recent post in tressless (1 month old), of a guy claiming that discover a new trick to dermaroll without Minoxidil. (He has a decent recover)
To sum up he said """I've also been using peppermint oil spray, but it is actually the Collagen with Hyaluronic acid doing most work"""

Pogbaku said:
I hope I get results like that on my crown or it will be all for nothing. My hairline is sprouting more hair than trees in the Amazon Rain forest but crown seems to be taking it's time.

Before the next session I plan to buzz my hair down to a 1.

I'd say that you crown density increased by atleast 25%.
Click to expand...

What was your regime to get growth on your hairline?

So, last night when shampooing my hair for the first time in a few months it didn't feel extra dry or flaky. And i'm flaking a lot less today.

I just started using a new shampoo and conditioner with saw palmetto and niacin, respectively.
But I also just started doing daily 1mm rolls when I apply minoxidil also at the same time.
Just about 4-5 days doing both.

Not sure which one is responsible, but my scalp feels great.

Ventrucha said:
I ve found a recent post in tressless (1 month old), of a guy claiming that discover a new trick to dermaroll without Minoxidil. (He has a decent recover)
To sum up he said """I've also been using peppermint oil spray, but it is actually the Collagen with Hyaluronic acid doing most work"""

Thanks for sharing. I’m a bit skeptical about this as hydraulic acid is in a lot of women’s skin care routine. I’ve used a hydraulic acid based moisturiser on my face for years now and I’ve never seen any facial hair increase. And I’m sure women will stop using it if they start growing hair on their face because of that

The guy also said he was only dermarollng for a few months and was using hydraulic acid for a month then he had regrowth? Interesting post but just not entirely buying the logic behind it

Anyone using Castor oil along with needling?
H

dear god, when did thread get reduced to a flame war.

anyways, thought this was kind of interesting, since retinoids pretty much do the same thing as microneedling when it comes to being a cosmetic treatment (eg stimulating collage production) : https://www.ncbi.nlm.nih.gov/pubmed/30974011
M

I started dermarolling with 1 mm needle . used it today ,having slight irritation and fear of infection. I washed the area with antiseptic containing alcohol and needle it for 2 to 3 minutes. I don't care about pain and prickly sensation ,inam more concert about infection. What are the chances of infection with 1 mm needle ? Did anyone get skin infection here?
Also how to roll the roller on hairy scalp ?

I'm using 1.5mm now as well. Hurts like a b**ch. Not drawing blood just making the scalp red. Does anyone else go hard enough to draw blood?
M

spring15 said:
I'm using 1.5mm now as well. Hurts like a b**ch. Not drawing blood just making the scalp red. Does anyone else go hard enough to draw blood?
Click to expand...

You probably nhave sensitive skin,try to use 1 mm and see what happens.

spring15 said:
I'm using 1.5mm now as well. Hurts like a b**ch. Not drawing blood just making the scalp red. Does anyone else go hard enough to draw blood?
Click to expand...

I do. Hurts like a b**ch. Drawing blood isn’t a bad thing.

Hey, can someone with this Dermapen please tell me with how many Volt and Amp the Charger is loading or please send me a picture from what's written on the charger? Thank you very much.

Got my hair cut today after a month or so and definitely see a difference in the mid to crown area. I was NW3 for the longest and started getting a little see through in that area, but now it's mostly solid. Even the lady cutting said it was thick there. Weird thing is, it looks to be a slightly different shade there compared to other areas. Figure it's just the min and hope it doesn't go away after a year or two like so many others
J

Ventrucha said:
I ve found a recent post in tressless (1 month old), of a guy claiming that discover a new trick to dermaroll without Minoxidil. (He has a decent recover)
To sum up he said """I've also been using peppermint oil spray, but it is actually the Collagen with Hyaluronic acid doing most work"""

What do you thing about this:
https://www.phishop.com/en/microneedling-hair-growth-serum.html
H

Pogbaku said:
How long you have been doing it?
You take pictures?
Click to expand...

Hmm...started 1.5 needling at first only in early january. Added once a day min starting maybe early feb(?) and went to twice later that month. I just now am getting to the end of my 3 month supply of min. Was doing needling once per week and now just doing every 2 weeks. Haven't seen any change in the temples and some long fuzz in the temple points. No photos since I don't have a good camera
H

That's the one I use
J

Anyone else find derma roller more effective than pen? Best results I've gotten is changing back to roller

Pogbaku said:
Why don't we have reviews of devices and suggestions for people who can't at this point afford expensive devices?

I can't afford derminator 2 so I ended up buying a sh*t pen months ago that keeps getting stuck in my skin. It's horrible so a few weeks ago I got a stamp. I'm happy with the stamp but in the coming days I will be buying a mesotherapy device at 1.5 length.

In the future I hope to buy a good quality pen.


Does anybody here have this pen?
View attachment 118832
Click to expand...

I use that one as well.
It seems to work pretty well. It does get stuck in the hair sometimes, but it's not that bad. I'm pretty satisfied with it.
P

hurt like a b**ch on the hairline but for some reason did not hurt as much as lower lengths on the crown.
I'll be going 2.75 mm from now on every week.
Click to expand...

Minoxtugain, I apologize for the late reply man I don't really get on these sites any more. But I'll make a long story short, I'm not going to post any update pictures because I want to remain incognito so you'll just have to trust my previous photos and keep in mind that I don't have anything to gain out of lying to you. So my hair has fully regrown, it's very incredible. My juvenile hairline has almost completely grown back to where it was when I was in high school, it's still growing in btw. The regrowth process took about a year and a few months. My regrowth hair has gradually gotten darker and darker until eventually it was the same color and thickness as my regular hair. There is no doubt that this is the permanent cure for hairloss! As I mentioned in my previous post, minoxidl by itself didn't do anything for me, so the Dermaroller is a must. Think about the science behind it bro, the blood vessels in your scalp are clogged up with DHT that's what causes baldness to begin with. So the minoxidl alone eventually will lose it's effect because the drug can't get to the hair follicles because of clogged blood vessels. So when you use a Dermaroller you are manually reopening those blood vessels by creating puncture wounds that allow the minoxidl to do it's job regardless of how much DHT is present. So with this logic it only makes sense that minoxidl reinforced with a Dermaroller will never lose it's effect, unless you're a dead person and you don't bleed. (That was sarcasm)
I know that sounds like a rant but I say all of that to say this: the strength of minoxidl is irrelevant in the long run if you aren't doing anything for the DHT!! You're waay too young to go on a DHT blocker and **** up your sex life. But by dermarolling once a week and using regular 5% minoxidl twice every day except the days you dermaroll you will regrow your hair without altering your DHT levels. Keep in mind the DHT isn't your enemy until it's clogging your blood vessels, so why eliminate the DHT when you can just reopen your blood vessels?. .. Anyways I hope I answered all of your questions and gave you enough insight. I probably won't ever be back on this site again because I've already won my hairloss battle and I've put that stage of my life in the past, hopefully I've given you the information you need to win yours. I've given my testimony, you can believe it or call it b.s, regardless I wish you the best of luck on your hairloss journey!! " 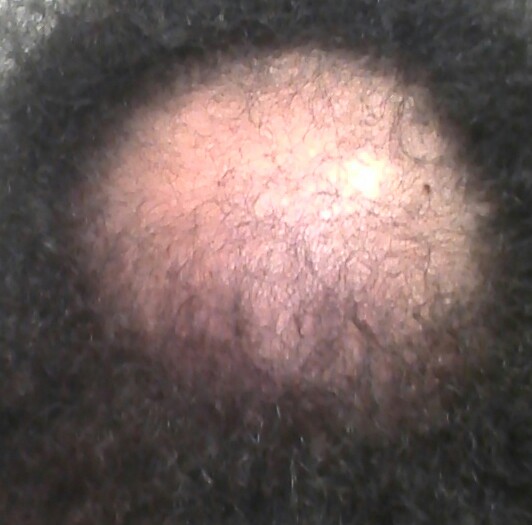 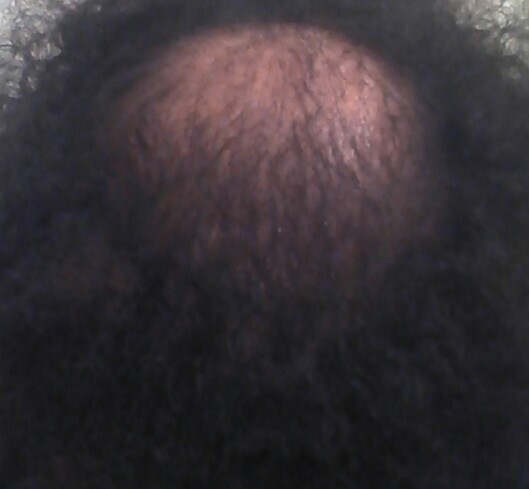 Pogbaku said:
Does it get stuck in your skin?
Is it wireless?
Click to expand...

Nah, I dunno how anything would get stuck in your skin with any of them. You mean hair? Haven't had that either. It's got these little charge pods. They can also be powered by wire if you want
You must log in or register to reply here.
Share:
Facebook Twitter Reddit Pinterest Tumblr WhatsApp Email Share Link
Forum software by XenForo® © 2010-2020 XenForo Ltd.
Top