As some of you might remember, some time ago there were was a study which managed to model the pattern of hair loss through a von Mises mechanical stress model. See this thread here.

The model is surprisingly accurate but no one ever quite figured out why the mechanical stress, which seems to be connected to the skull bones, works this way in a progressive fashion. Some people on these forums proposed the skull expansion theory which was met with a lot of criticism. I am still not sure if skull expansion would be correct in the way it was proposed back then, but by now I also don't think it was completely wrong either.

As a reminder, before I get into the new link I found recently, I want to point out that Androgenetic Alopecia is associated with insulin resistance and with metabolic syndrome as shown by many studies.

So it turns out that insulin, IGF-1 and insulin resistance have certain metabolic effects on bone growth. I'll provide quotes from the following articles:
- Is insulin an anabolic agent in bone? Dissecting the diabetic bone for clues
- Insulin and bone: Recent developments

Most important quote that summarizes the findings:

[W]e present evidence that insulin, acting as an anabolic agent in bone, can preserve and increase bone density and bone strength, presumably through direct and/or indirect effects on bone formation. [...] Type 2 diabetes, a state of hyperinsulinemia and insulin resistance, is typically associated with increased bone density, yet seemingly decreased bone strength contributing again to an increased risk of fracture. Recognizing that these two clinical entities are typically characterized by differences in insulin secretion, insulin sensitivity, and/or exogenous insulin administration, we present a review of clinical, in vivo and in vitro evidence examining whether insulin, as both a drug and hormone, qualifies as an anabolic agent for bone.
Click to expand...

In type 2 diabetes or pre-diabetic states, bone area and volume can be increased between 2 and 8%:

they demonstrated that T2DM “was associated cross-sectionally with 2−8% higher regional and whole body BMD, both areal and volumetric measures, even with adjustment for body composition variables of lean mass, fat mass, and abdominal visceral fat and other confounding factors.”
Click to expand...

What is also interesting is that IGF-1 receptors are locally downregulated. IGF-1 is necessary for hair growth:

IRS molecules also mediate IGF receptor signaling, so some cross talk through IRS may take place via insulin and IGF signaling in osteoblasts; however, knowing that levels of IGF-I, IGF-I receptors, and IRs are all reduced in the skeletal growth centers of diabetic animals (75), it could be speculated that impaired insulin signaling in bone-forming cells results in a secondary and local IGF-I deficiency.
Click to expand...

This might also explain the roles of vitamin D and K because they help in calcium absorption and resorption:

... the net effect of insulin on bone, as suggested by in vivo models, is one of proformation and possibly of decreased resorption, both attributes of an anabolic agent for bone.
Click to expand...

Some people also noted on various hair loss forums (see this thread here and this one there) before that glucocorticoids play a role in Androgenetic Alopecia or are at least statistically strongly correlated. Surprise:

In addition, we know that insulin resistance is also caused by factors that cause bone resorption, such as the interleukin-6-mediated chronic low grade inflammation that contributes to non-alcoholic fatty liver disease (NAFLD)[9] and excessive glucocorticoid production, another significant contributor to NAFLD[10].
Click to expand...

NAFLD and insulin resistance are in a feedback loop where one contributes to the other. This explains metabolic syndrome (where insulin resistance and "fat problems" like abnormal cholesterol and atherosclerosis/plaques appear together) and, most importantly, why abnormal lipid profiles are correlated with Androgenetic Alopecia, probably as a contributing factor.

To summarize all of the above:
- Insulin is an anabolic agent for bone growth
- Bone volume and density in individuals with elevated insulin levels like type 2 diabetes or pre-diabetes can increase between 2 and up to 8%
- Fat metabolism and glucocorticoids contribute to these problems through various means (not all of which I covered in this post; see my post history for more information related to cholesterol, trans fats, saturated fats and oxidized fats)
- there is local IGF-1 insufficiency as a consequence of the above; IGF-1 however is necessary for healthy hair growth

Ultimately, this insulin- or insulin-resistance-mediated bone growth can be a potential explanation why von-Mises mechanical stress models predict Androgenetic Alopecia hair loss patterns. It also gives a bit of credence to the skull expansion theory and would explain why it isn't completely wrong. Likely, this expansion is not visible in most cases, but happens nonetheless as explained by the articles I cited.
Last edited: Mar 31, 2021
P

Why does expansion of other bones not cause hair loss?
Why do transplanted hairs grow on expanded skulls?
Why do other animals with expanded skulls not suffer hair loss?
Theory is bunk
Nothing I post should be taken as medical advice. Always consult your doctor before starting or changing any medication.
B 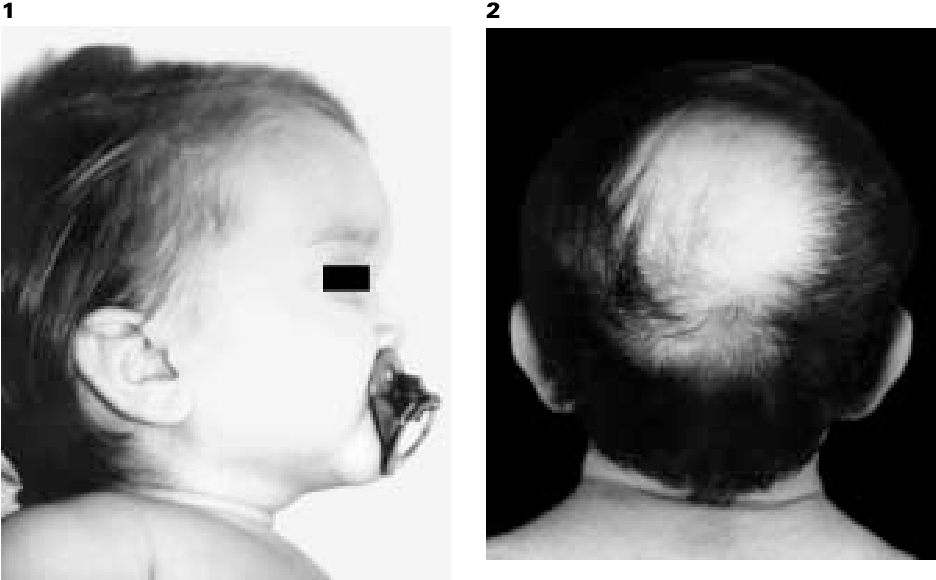 Classical Laron syndrome is a recessive disease of primary insulin-like growth factor 1 (IGF-1) deficiency and primary growth hormone insensitivity. Affected children have, among other defects, sparse hair growth and frontal recessions. The hair is thin and easy to pluck. Young adults have various degrees of alopecia, more pronounced in males.
Click to expand...

disproportion of the width of the calvaria compared to that of the base of the skull.
Click to expand...

i have definitely noticed a correlation of skull growth abnormalities and balding in babies/young kids myself. i have seen a nw3 girl that was around 3 or 4 with an abnormally expanded forehead for example. there is probably a connection for children at least.

the question is, does the hormonal profile that causes expansion cause hairloss by itself, or does the expansion cause it by restricting blood flow or inducing more local inflammation or whatever.

something to keep in mind is that "minimal skull expansions" in balding individuals could just be more collagen at the balding sites though which could create an illusion of slight expansion. im nw5 myself, and the non bald middle scalp my skull is in profile maybe a milimeter or 2 less expanded. thats just less collagen though, not actual expansion. i can feel the difference with my fingers.

lots of people also seem to notice that balding people have high calvaria to base of skull ratios, however that could just be because hair hides a big calvaria, which is what I am also thinking. there are bald men with every kind of headshape
Last edited: Mar 31, 2021
https://youtu.be/k2PUV3KwIgY 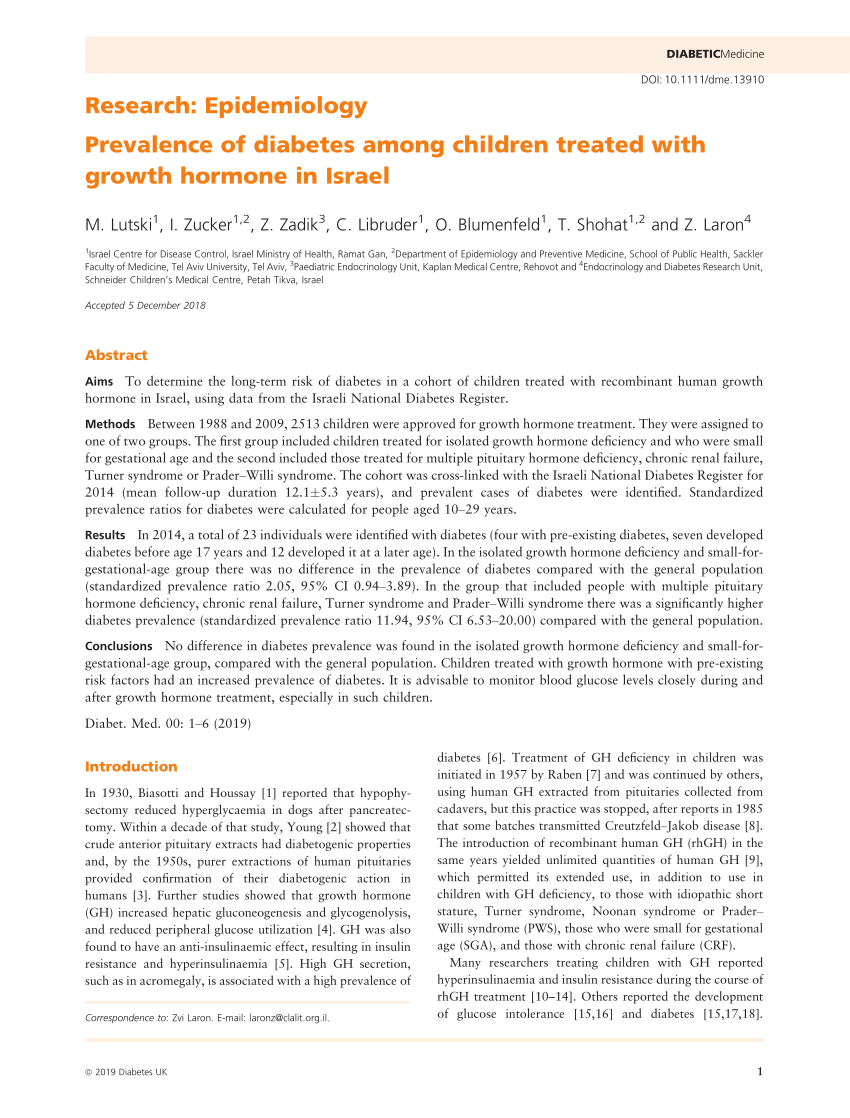 PDF | Aims: To determine the long-term risk of diabetes in a cohort of children treated with recombinant human growth hormone in Israel, using data... | Find, read and cite all the research you need on ResearchGate

"No difference in diabetes prevalence was found in the isolated growth hormone deficiency and small-for-gestational-age group, compared with the general population."
.
E

Notice the thinning on the side of the head. That area would have the least tension. Btw i actually know of a study that shows only mens skulls get larger as they age. This is true. But i dont think its the cause
E

It doesn't say skull growth. Also the disproportion is due to the fact the base is abrnonally small. Also this study goes in direct conflict with what u said earlier. Larron syndrom is low igf-1 or rather igf-1 insensitivity. Explaining the lack of growth in the base.

babies grow their hair in the male parttern shape. Their skulls have yet to expand. These are 2-3 month year olds.
B

Don't forget that most studies about Androgenetic Alopecia are done ex-vivo, on biopsed hair follicles, 5ar activity is still measurable in Derma papilla itself
Even in this non-scalp environnement, DHT damages are observable
E

BalderBaldyBald said:
Don't forget that most studies about Androgenetic Alopecia are done ex-vivo, on biopsed hair follicles, 5ar activity is still measurable in Derma papilla itself
Even in this non-scalp environnement, DHT damages are observable
Click to expand...

This is true. At the end of the day whats causing the upregulation of 5ar. And we know hypoxia can do it and inflamation. And i wager aging vascularity leads to hypoxia. And systemic and local inflammatory conditions are another cause. Multiple causes that synergize with balding genes. But its not scalp tension. Under tension organs grow. Take a look a the prostate. Motherfucker is growing and getting more blood under tension. As long as this tension is gradual the body has time to react.
You must log in or register to reply here.
Share:
Facebook Twitter Reddit Pinterest Tumblr WhatsApp Email Share Link
Forum software by XenForo® © 2010-2020 XenForo Ltd.
Top