Is Saw Palmetto as Good as Propecia?

You’ve heard that Saw Palmetto is a “natural” and “safe” and “effective” alternative to Propecia. We’re not so sure that is the case, and here is why…The whole topic of using Saw Palmetto as an internal DHT inhibitor for the treatment of Androgenetic Alopecia (Male or Female Pattern Baldness) has been hotly debated over the years. The reason why is simple. People think that since it “inhibits DHT” it must not only work like Propecia, but also work as well as Propecia. The fact is, it’s not that simple. Saw Palmetto *is* a potent modulator of your hormones, and it can cause side effects (both good and bad), but just because something can inhibit DHT does not automatically mean it can stop hair loss.

Kiss a frog in the United States and you may get a prince. Kiss the wrong frog in africa and you’re dead. The pretty looking “Poison Dart Frog” is about as natural as you can get, and this little thing is more evidence that natural does not always mean “safer”. In fact, when it comes to herbal remedies, many times it can mean “unregulated” and more dangerous to certain people. One of our users followed the advice of a “natural treatments” proponent on our discussion forums awhile back, and ended up in the hospital with severe internal bleeding. This advocate of treating hair “naturally” had come to our forums, criticizing everyone who recommended proven products over herbal concoctions, labeling them “herbal bashers”. He unequivocally told the guy to use such and such herb, instead of “making more money for Merck Pharmaceuticals by taking Propecia”. It turned out that this particular herb should not be used by people with his particular condition, and he almost died. This is an extreme example, but the point remains the same – anyone can pick up any herb at any store without the knowledge or consent of their physician and many “natural” herbs can be dangerous to certain individuals. Don’t believe us?

It should also be noted that there isn’t a single shred of scientific evidence that any herb on planet earth has shown success in treating hair loss. Just because something inhibits DHT does not make it a hair loss treatment. Just because an herb has been shown to shock the follicles into short term growth, either by stimulating more bloodflow, or by some other means, does not make that herb a hair loss treatment. The thing that separates the “men” from the “boys” in treating hair loss, is that it must work for a minimum of one year. Short term growth stimulation can be attained by anything from rubbing your head daily, to stimulating bloodflow with things like topical niacin. The problem is, the hair stimulated will *not* last.

Fortunately, documentation for herbal products is on the rise, and there now are reference materials on the web like the one shown above, that list known side effects. You should consult this list before taking any. The medical community is also slowly starting to interact with the Naturopathic community, and along with this is coming the development of documentation, checks and balances, regulation, and safety protocols that haven’t existed for natural products in the past.

There is no doubt that herbal products are, in the opinion of HairlossTalk.com, the untapped gem of the medical community, and we are frustrated at the lack of attention they’ve been given. Herbal products do help, and many times can work more safely and effectively than prescription products will. An acidophilus capsule can cure diarrhea in 90% of cases without a second thought. The new product called “Zicam” which is nothing more than a zinc nasal spray has been clinically proven to stop the common cold. Broccoli has been shown in extensive studies to reduce the incidence of cancer by nearly 60%, and carry out about a hundred other important roles in the human body. The data is there, if someone’s willing to do it. Clinical data is clinical data, and it should be carried out and expected of herbal products just like every other product on the market, for all the same reasons: Safety, Verification of Effectiveness, and Establishing the proper dose.

You should expect the same of any herbal product for hair loss, and that includes Saw Palmetto. This isn’t about bashing herbal products and making money for big pharmaceutical companies. Its about educating yourself, and realizing the importance of clinical data to establish effectiveness. So lets look at what we do know about Saw Palmetto, in regards to treating hair loss:

There hasn’t been a single reputable study done showing that Saw Palmetto has any effect on treating hair loss. One study can be found in PubMed, but it was run by the makers of a saw palmetto product, and was publicly labeled as “Bunk” on 20/20 in January 2003 on nationwide television because it only included 10 participants and lasted only 6 months. Insufficient test group, insufficient test period, and run by someone standing to gain financially from it.

Saw Palmetto: It’s Not About Money

Many herbal enthusiasts have used the argument: “Saw Palmetto really DOES work but the medical community wont spend the money to test it because they can’t patent an Herb.” This is false. The lack of Saw Palmetto clinical data has absolutely nothing to do with its status as an “herb” or an inability to patent or market it. You can find over 100 clinical studies, and mountains of scientific data showing Saw Palmetto’s effectiveness in treating prostate problems. Zero such studies for hair loss. Coincidence? No.

Saw Palmetto: It’s not an Alternative to Propecia

Saw Palmetto is not a “natural alternative to Propecia”. There are two types of 5 alpha reductase that combine with Testosterone to form DHT. Propecia blocks one of them most effectively, reduces serum (blood stream) DHT levels, and has shown to stop hair loss in 83% of men. Well what about Saw Palmetto? It actually has been shown to block both types of DHT, and this is where all the confusion centers. Just because something can block DHT in a test tube, does not mean it can reduce levels of it in the bloodstream, or stop hair loss. In a clinical study, Saw Palmetto was given to test subjects, and it had no effect on their serum DHT levels. This means it didn’t inhibit DHT in the bloodstream effectively like Propecia does. This is the key. As a result of this study, many have hypothesized that Saw Palmetto works for the prostate by some other mechanism than DHT reduction. Propecia and Saw Palmetto are similar in some ways, but completely different where it matters most. As such, they should never be considered “alternatives” to each other.

The whole misunderstanding with Saw Palmetto is a huge factor in why Snake Oil companies continue to thrive off consumers. You’ve still got guys going around on the hair loss sites saying that Saw Palmetto is an acceptable alternative to Propecia, and agreeing with them are nearly 60 recognized scam companies and snake oil salesmen, selling Saw Palmetto based products. Saw Palmetto and a host of other herbs are the foundation for nearly every snake oil on the market today. Coincidence? No. Throw a little saw palmetto in with a little bit of rogaine and you’ve got an “FDA Approved Growth stimulant and DHT Inhibitor!” Truth mixed with misinformation. They all use the same argument, as well: “If even a tiny bit of evidence was found that shows it inhibited DHT, it MUST WORK FOR HAIR LOSS!” Wrong. The number of confused people has risen so high on this issue that some reputable products have even included Saw Palmetto, simply because they know the public expects it to be there. It’s not there because of its effectiveness.

We can’t tell you if Saw Palmetto will work for you. We can’t tell you what your chances of success are. We can’t tell you why you’ve been shedding since you started it. We can’t tell you how much to take, and we can’t tell you if there are any long term side effects or potential drug interactions. Why ? Because nobody knows. There is no data on it. All the basic necessary information for any hair loss treatment, is completely missing when it comes to saw palmetto. How are you able to determine what amount to take? Do you know for sure that 350mg will inhibit enough DHT to help your follicle? How did you come to that conclusion? These are questions we ask of Saw Palmetto proponents, and we never get a straight answer. This is why clinical data is so important. It answers the questions that need to be answered.

If you’re going to take a drug that affects your hormone levels, at least use the drug proven to work in 83% of men. Propecia. Using the drug called Saw Palmetto instead, doesn’t make any sense. The unexplained shedding, the side effects, the months and months of wondering if it will work .. just doesn’t seem worth it when there is a completely clinically proven version available in the form of Propecia.

MSM as a Treatment for Hair Loss? 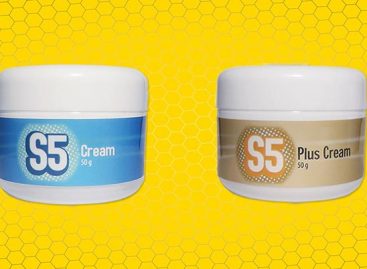