Two pages are available which describe the only two Topical Spironolactone products available (and where to get them):  S5 Cream and S5 Plus Cream.  We did a major article on the release of these two new treatments[1] recently.   You’re encouraged to check it out, as well as the product reviews dedicated to both:

The good news is that the follicles have the inherent capacity to mature to their former size. Encouraged with the success of Propecia (Finasteride)[3] to reduce the amount of DHT in the scalp of patients with male pattern baldness (MPB), researchers took another look at existing medications that are known to act as anti-androgens. 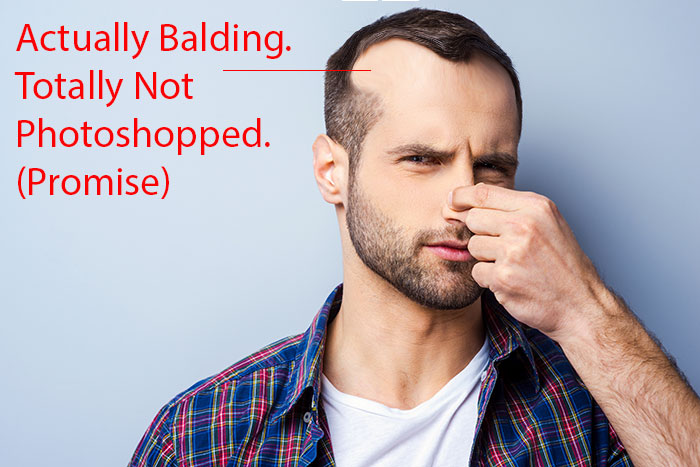 Dr. Lee: Spironolactone is not a new medication at all. It’s been used for decades, well over 30 years. It has been used for many purposes. It has been used as a diuretic, an antiandrogen, and it has pretty much always been administered orally – that is – taken as a tablet. For the most part it has always only been indicated for use in women’s hair loss treatments[4] because it has very potent antiandrogen properties which can cause feminization in men. However, there have been fairly recent studies dating back to the late 80’s, which show that it works quite well topically and can be used by men in this fashion. Since it gets metabolized in the skin, it doesn’t have the systemic side effects men would see if taking it orally. The advantage of using Spironolactone over other antiandrogens is multi-fold: It can prevent the synthesis of DHT from Testosterone, it actually blocks the androgen receptor site, so that if there is DHT around, carried by the bloodstream from the prostate or whatnot, the site is blocked.

Dr. Lee: Yes. It binds at the receptor site. The third thing Spironolactone can do, and this may be the most important, is that it actually converts some of the Testosterone into an estrogen. So it has a very good effect on stopping the processes occurring in the scalp which cause hair loss. In fact, before I made Xandrox, which is a combination of Minoxidil[5] and Azelaic Acid[6], I was trying to make a combination of Minoxidil and Spironolactone. It didn’t work. In the same base, the two eventually reacted with each other and created an awful smell, so it still has to be applied separately. 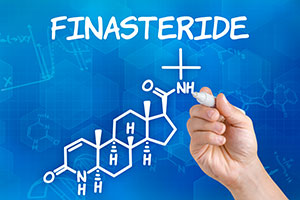 HairLossTalk: In your experience, how do Oral Finasteride (Propecia/Proscar)[7] stack up to Topical Spiro as far as hair maintenance and regrowth?

HairLossTalk: As we all know, there are many dangerous substances out there which could be applied topically and regrow hair or inhibit its falling out. The problem arises in that these substances absorb and can cause serious systemic side effects. It’s been said that if scientists could find an effective topical that did not absorb and stay in its original form, it would be the Holy Grail of topical hair loss treatments[8].

HairLossTalk: What will be the most effective way for this lotion to be applied[9]. I know some people complain of difficulty applying other lotion based topicals because it gets all over their hair – especially those with diffuse thinning rather than receding or a bald spot. 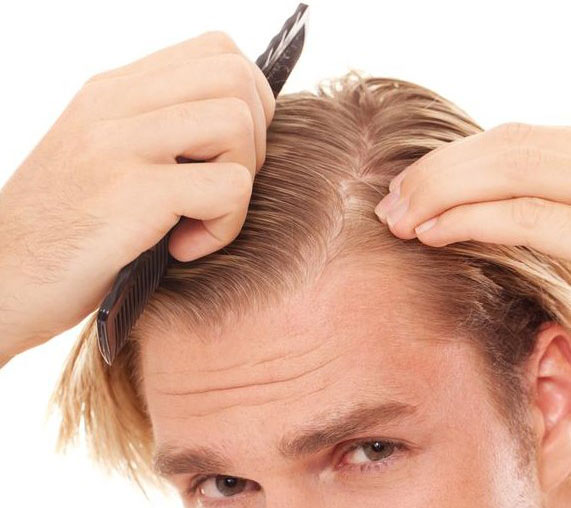 HairLossTalk: The goal with Propecia obviously is a systemic altering of hormonal balances. It works from within the bloodstream to affect the levels of DHT throughout the whole body. It takes time for it to actually begin to affect the hormonal processes going on in the Scalp. It’s not instant in the scalp even though its bloodstream effects are instant, and even when it has begun to work in the scalp, its even longer before you notice anything aesthetically as far as maintenance of hair or regrowth. Why is it that we have such an effective systemic DHT inhibitor, and the concept of systemic DHT inhibitors[10], especially with the upcoming release of Dutasteride is very clear to us that it works… but its so difficult for scientists to come up with a topical DHT inhibitor that comes anywhere near to working as well? It would seem to us that having to change your hormonal balances throughout your entire body would be incredibly unnecessary just to achieve the goal of making a change in the scalp. Why is it so hard for us to make something work *locally* in a topical formulation? Is it an issue of not enough absorption? Is it an issue of too much absorption which results in the active ingredient being “washed” away by the bloodstream, causing the treatment to not be present a sufficient number of hours out of the day to actually make a difference?