Dutasteride available in the US in December

The long awaited approval of the newest treatment expected by many to outperform Propecia, Dutasteride has been approved for availability here in the United States under the brand name Avodart. Unfortunately, Avodart is not indicated for treatment of hair loss, even though its active ingredient, Dutasteride, has performed quite well in hair loss trials. Our contact at Glaxo made it very clear that this Avodart is a drug for the treatment of BPH (Benign Prostatic Hyperplasia), the same condition that Propecia’s forerunner, Proscar, was approved for.

That didn’t stop people from getting their hands on Proscar though, and its clear that many aren’t going to wait for an Alopecia approved version of Dutasteride either. Even today many hair loss sufferers (men only) seek to reduce their monthly expenditures by acquiring a prescription for Proscar 5mg and splitting the tablets into 5ths to obtain the 1mg dosage at 1/5th the cost. Avodart’s tablet doesn’t look very amicable to splitting, but that is an issue sure to be tackled in December by many of our users.

The trick is being able to get a prescription for it, and by conventional means, it won’t be easy.

Prescribing medications for off label purposes isn’t widely accepted in the medical community, even though drugs like Finasteride are considered a well tolerated and safe. As a result, very few, if any physicians are going to be willing to write an Rx for younger patients seeking to stop their hair loss with Avodart.

Glaxo has announced that Avodart, another such drug debuting as a BPH treatment, will be available in the states in pharmacies in December 2002. Availability in the European countries will begin after Glaxo has attained necessary approvals in 2003. We confirmed with them that this is a final date for the United States, and that they do not anticipate any further delays, however, getting your hands on it is going to be a challenge if you’re hoping to get it through your doctor.

Before you go running out to your nearest physician with a wad of $50’s to bribe him for an Rx, complaining of a prostate condition you don’t have… it’s important that you understand exactly what this treatment is for, what it does to the system, and the potential risks involved. Its also important you understand how extremely well it has performed thus far in clinical trials for hair loss.

Discuss Dutasteride with others in our Antiandrogen Forums

Dutasteride is considered the next evolution in 5-Alpha reductase inhibitors. Propecia (Finasteride), a well known hair loss treatment, is in the class of first generation 5-Alpha reductase inhibitors. What does this mean in English? Propecia inhibits the formation of one of the enzyme’s responsible for the formation of DHT in tissues throughout the body. This reduction of DHT by only a certain percentage has resulted in people being able to stop their hair loss, while the lucky ones saw minor thickening.

Dutasteride is a dual 5alpha inhibitor, meaning both forms of 5a which are responsible for DHT formation are blocked. The result is a significantly higher inhibition of DHT formation in the tissues of your body, and in preliminary hair loss trials the maintenance and regrowth was noticeably superior to Propecia.

The result is also the increased chance of side effects. Some feel that the incidence of side effects could be nearly double (or more) that of Propecia. This is a valid concern, and much discussion is already going on, on how to handle the increase in estrogen which may result. Many of the currently known Propecia side effects relate to the changes in tissue from depletion of DHT, but more often are related to the resulting excess of estrogen caused by the same mechanism.

Moral of the story? If you’re a Propecia user who has experience side effects, it is advised that you wait 6 months to a year to see how people respond to Dutasteride first.

Despite all of this, the results on treating hair loss are impressive. Our contact at Glaxo stated that they will be moving forward on further trials for hair loss, but that it is not yet known when or where they will occur. Glaxo is currently evaluating the designs and types of clinical trials to conduct for hair loss.

Glaxo intends to market the drug in all major European Markets once approvals are finalized in 2003.

Dutasteride, like its indirect predecessor Propecia, will not be indicated for use in Women. It is only a treatment for men.

We will keep you informed as to the availability of the medication, and people’s experiences with it in the weeks to come. 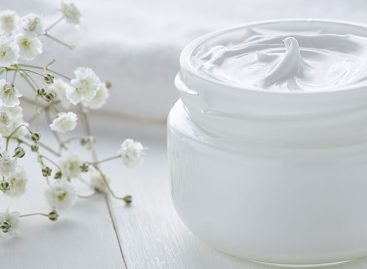