Conceiving a Baby While Taking Propecia

Is it safe to conceive a child while taking Propecia? What about intercourse during pregnancy? Dr. Richard Lee opens up the clinical data and gives us the final word on the facts surrounding Propecia, Birth Defects, and having children… Not many things can surpass the stress caused by the possibility of causing birth defects in your own unborn child. So, it’s quite understandable that the mention of a possible birth defect with the use of finasteride (Propecia 1mg and Proscar 5mg, Merck) would cause considerable anxiety and concern. The package insert for Proscar states under the section on Contraindications: “Because of the ability of Type II 5alpha reductase inhibitors to inhibit the conversion of testosterone to DHT, finasteride may cause abnormalities of the external genitalia of a male fetus of a pregnant woman who receives finasteride”. So, is the risk real?


The specific birth defect they’re referring to, which happens when there is no Type II 5-alpha reductase enzyme in the male embryo, is called hypospadias. Hypospadias is a birth defect in which the urinary tract opening is developed on the ventral surface (under side) of the penis rather than at the tip of the penis. There have never been congenital abnormalities observed in female fetuses at any dosage of finasteride. During the research and development phase of finasteride, studies were done on experimental animals. Rats, rabbits, and rhesus monkeys were given finasteride to determine its relationship to birth defects, i.e. hypospadias.

Dr. Lee obtained his degree in medicine from the University of Pittsburgh, and has founded and operated one of the few private medical practices devoted entirely to the research and treatment of hair loss.. “Regrowth” was incorporated in 1987. Dr. Lee provides consultation services to hair loss sufferers, and has a line of custom minoxidil and topical spironolactone solutions which are widely used by our members here at HairlossTalk.com. Dr. Lee is a respected member of the HairlossTalk Community, and one of the few physicians truly educated on the causes and treatments of hair loss. You can see his website and products at minoxidil.com

Hypospadias did occur in the male offspring, when pregnant rats were administered doses that were between 5 and 5000 times the amount recommended for men in treating Male Pattern Baldness (1mg/daily). The critical period during which these effects can be induced in male rats was determined to be during the 16th and 17th days of gestation.

In rabbit fetuses which had finasteride directly injected into the uterus from days 6-18 of gestation at doses equivalent to 5000 times the recommended human dosage, no evidence of malformations was observed. This result would be expected, since there was no exposure during the critical period of genital system development in rabbits.

Conceiving a Baby While on Propecia

We have all seen the warnings about pregnant women being advised not to handle a broken propecia tablet. In many people’s minds, it stands to follow that if they shouldn’t handle a broken tablet, surely semen containing finasteride would be dangerous as well. Again, we should always look to the studies to get the facts we need. Scientists intravenously gave 750 times that dosage to Rhesus Monkeys. In fact it was 750 times the highest possible dose a woman could be exposed to through semen from a man taking 1mg per day. Even at this dose, there were no genital abnormalities observed.

Propecia and Genital Development during Pregnancy

In the human embryo, the period of external genitalia development is during the 7th – 9th weeks of gestation. Although the sperm (which can contain finasteride from the man taking Propecia) plays a role in determining the sex of the baby (either Y-bearing or X-bearing), the actual male and female morphological characteristics do not begin to develop until the seventh week of Pregnancy.

Prior to this time, the genital systems of the two sexes are similar, and the initial period of genital development is referred to as the ‘indifferent state of sexual development’. About six weeks after conception, if a Y chromosome is present in the embryo’s cells (as it is in normal males), a gene on the chromosome directs the undifferentiated gonads to become testes. If the Y chromosome is not present (as in normal females), the undifferentiated gonads will become ovaries. If the gonads become testes, they begin to produce androgens, primarily testosterone, by about eight weeks after conception. These androgens stimulate development of the one set of the genital ducts into the epididymes, vas deferens, and ejaculatory duct. The presence of androgens also stimulates development of the penis and the scrotum. Hypospadias can result if there is inadequate production of androgens by the fetal testes.

Since the sensitive period of development of the external genitalia in the human embryo is the 7th to 9th weeks of gestation, there can be no danger to the child if the father is taking finasteride at the time of conception. Originally, Merck decided to err on the side of caution and warned against the possible problem of finasteride transfer in semen. This warning has since been removed from the package insert. Considering the medical/legal implications of a theoretically possible link of finasteride treatment to birth defects, it is reasonable to assume that Merck & Co. must be very confident in knowing that impregnating a woman while taking finasteride absolutely does not cause birth defects.


Nor is there any evidence of birth defects when the father taking finasteride has intercourse with the pregnant mother during the critical periods of sexual development. The in utero effects of finasteride exposure during the period of embryonic and fetal development (gestation days 20-100) were evaluated in the rhesus monkey, a species fairly predictive of human development. Intravenous administration of finasteride to pregnant monkeys at doses as high as 800ng/day (at least 60 to 120 times the highest estimated exposure of pregnant women to finasteride from semen of men taking 5mg/day) caused no abnormalities in male fetuses.

Still, Merck retains this admonition: “Women should not handle crushed or broken Propecia tablets when they are pregnant or may be potentially pregnant because of the possibility of absorption of finasteride and the subsequent potential risk to a male fetus. Propecia tablets are coated and will prevent contact with the active ingredient during normal handling, provided that the tablets have not been broken or crushed.”

Considering that intravenous administration of finasteride to pregnant experimental animals during the critical periods of sexual development didn’t cause birth defects, there is no reason to believe that transdermal absorption of finasteride from handling broken tablets could cause birth defects in the male child. But, since Propecia has not been approved by the FDA for use by women, Merck has nothing to lose by retaining this warning. In fact, it has good p.r. value.

So, can finasteride cause birth defects? Yes, there is a theoretical possibility that it can, but the probability is close to nil, when finasteride is taken in the recommended dosages. Since Propecia was approved by the FDA on 22 December 1997 and Proscar on 28 August 1996, millions of doses of finasteride have been taken and there has not been a single case report of a birth defect. Now that’s reassuring information. 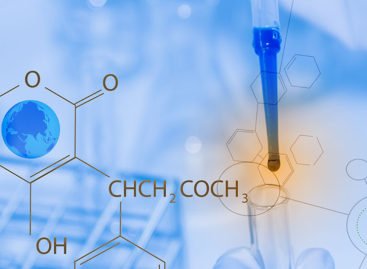