We’ve probably gone as far as we can or should in reducing the DHT in the scalp to combat DHT. What new direction can we take in developing alternative medications for treating MPB? This editorial covers one of the newer technologies on the horizon…
By Dr. Richard Lee

You probably recall that during embryological development of the hair follicles, there was communication between the ectoderm (top layers of the skin) and the underlying mesoderm. The cells in the mesoderm signal the overlying ectoderm to make an appendage. In response, the ectoderm cells organize, proliferate and invade the mesoderm, becoming an elongated structure called a hair germ, which eventually forms the hair follicle and produces hair. Alone among all the organs of the body, the hair follicle recreates itself 10 to 20 times during your lifetime. What if we could understand how the communication, i.e. the molecular signaling, took place between the layers of the skin? There is a lot of ongoing work to isolate and identify the molecules involved in molecular signaling. The implications are wonderful. What if we had control of telling the stem cells to begin anagen (growth phase) or to stay in anagen or even to produce a new follicle?

Here’s a simplified version of a type of molecular signaling: often a cell will initiate a behavior, such as making new proteins, after a molecule from the outside binds to a receptor on the cell surface and triggers a cascade of molecular interactions within the cell. These signaling cascades frequently lead to the activation of specific genes in the nucleus, resulting in the production of new proteins.

Within the past few years, Elaine Fuchs and her colleagues at the University of Chicago have discovered that the dermal papilla’s signals probably convey their directives largely by activating still other signaling molecules—members of the Wnt family of proteins.

Dr. Lee obtained his degree in medicine from the University of Pittsburgh, and has founded and operated one of the few private medical practices devoted entirely to the research and treatment of hair loss.. “Regrowth” was incorporated in 1987, and continues to provide custom minoxidil and topical spironolactone solutions which can be very helpful additions to any proven treatment regimen. Dr. Lee is a respected member of the HairlossTalk Community, and one of the few physicians truly educated on the causes and treatments of hair loss.

Subsequent experiments confirmed that Wnt is the mesodermal signal that instructs the overlying ectoderm to begin forming an appendage and is likewise the ectodermal signal that tells the underlying mesoderm to form the dermal papilla. After development of the hair follicle, Wnt appears to be the message that directs matrix cells above the dermal papilla to differentiate into hair cells.

Perhaps the most dramatic evidence for the central importance of Wnts was the creation of mice that, after birth, could not degrade beta-catenin in their epidermal cells. The inability to destroy beta-catenin made the cells behave as if they were constantly receiving a Wnt signal. These mice grew an unusually lush furry coat by forming new hair follicles between the ones that were formed during embryonic development.

That’s really “WOW!” So, why don’t we rub our scalps with Wnt? As these furry mice aged, they grew benign lumps in their skin that resembled a common human scalp tumor called pilotricoma. But, if we learn to deliver Wnt in a pattern that mimics nature or if we can manipulate other steps in the Wnt signaling cascade, we may have a way to correct disorders of the hair, including MPB.

In 1995 Elaine Fuchs’ group discovered that a regulatory protein called lymphocyte enhancer factor 1 (LEF1) participated in activating the hair keratin genes. This lymphocyte enhancer factor 1 was also found to be present during hair follicle formation in the embryo. Presumably on orders from some outside signal, LEF1 became active and helped to turn on genes needed for follicle formation or hair growth. And when Fuch’s team engineered mice that produced excess LEF1 in the skin, the animals produced more hair follicles than normal. Rudy Grosshedl at the University of California at San Francisco, which showed that without LEF1, mice fail to make a furry coat at all.

Other proteins have been identified in the molecular signaling scheme. One by the name of ‘sonic hedgehog’ could be particularly crucial for hair growth. Although sonic hedgehog is not necessary for formation of the hair germ, it is necessary for subsequent conversion of the germ to a full-fledged follicle. Two years ago, Ronald Crystal at Cornell University found that when hair follicles in adult mice are induced to make the protein during the telogen phase, the follicles shift prematurely into the anagen phase. Thus, sonic hedgehog can stimulate dormant follicles to begin producing hair.

But another caution: Too much signaling by the sonic hedgehog molecule results in basal cell carcinomas in humans.

Obviously, there is a lot of work to be done before signaling proteins can be used as a treatment for MPB. But the information is exciting and the future is very promising in this field of research. 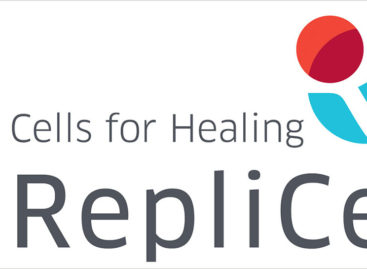 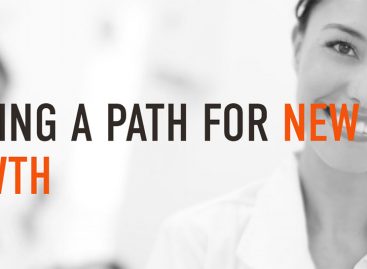