A gel that temporarily stops hair from growing also prevented the baldness caused by chemotherapy treatment for cancer, at least in rats and mice, researchers said on Thursday.

If it is shown to be safe in humans it might be a way to prevent the distressing hair loss and baldness that often plagues cancer patients, the researchers, at Glaxo-Wellcome Research and Development in Research Triangle Park, North Carolina, said Stephen Davis and colleagues tested the gel on newborn rats and on mice that had been given transplants of human scalp.

They put the gel on and gave the animals chemotherapy. Both fur and the human hair survived the cancer drugs, they report in Friday’s issue of the journal Science.

Davis said despite the development of new, gentler cancer drugs, many people would love to have a drug to prevent hair loss while being treated. “There is still a significant unmet medical need,” Davis said in a telephone interview. “There are still several agents for advanced metastatic (spreading) cancer in the breast, lung and colon that have severe side-effects, including hair loss.”

Many cancer drugs work to kill rapidly dividing cells. Tumor cells grow fast, so the approach works fairly well. But some healthy cells also grow fast, such as hair follicle cells and the cells that line the gut. This is why chemotherapy has side-effects such as nausea and making hair fall out.

Davis and colleagues wanted to see if they could temporarily stop such cells from their rapid growth and make them effectively invisible to the cancer drugs. They targeted cyclin-dependent kinase 2, or CDK2, which is a key switch for turning on cell division. “The compound actually has two mechanisms — one is an effect on arresting cell division. The second is actually blocking the process of cell death in cells exposed to chemotherapy,” Davis said.

He said his team was also seeing if a different formulation of the gel might work to stop the internal side-effects on bone marrow and the intestines, although this would be harder to do because a way would have to be found to stop the chemical from affecting other cells and from protecting the cancer cells.

But when used on the scalp, very little seems to leak into the body, he said.

And the team thinks their compound may work against cancer itself, stopping the out-of-control cell growth that makes a tumor. “It’s a long process,” Davis said. “We are still nowhere near in terms of showing these compounds would be safe to test in humans.” 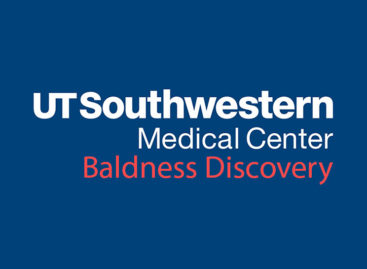