A consumer group said Wednesday it had conducted a study that shows expensive U.S. mass media ads by drug companies may be inappropriately luring patients to expensive newer medicines and driving up costs of health care.

The National Institute for Health Care Management Research and Educational Foundation said pharmaceutical companies spent $1.8 billion on such “direct-to-consumer” (DTC) television, radio and print advertisements in 1999, up 38.5 percent from the $1.3 billion spent in 1998 and 33 times the $55 million spent on U.S. mass media ads in 1991.

“The (DTC) ads send a strong signal that prescription drugs are just like any consumer product — soap, cereal, cars, snack foods etc.,” the foundation study said. It alleged the main purpose of the ads was not to educate consumers, but to create name and brand recognition for the medicines.

The foundation said its nationwide study showed retail spending for prescription medicines in the United States soared 19 percent from 1998 to 1999. Although it said there was no proof the ads caused the surge in sales and a 34 percent increase in number of prescriptions being written for the top 25 drugs in 1999, the foundation said “the circumstantial evidence is strong.” Claritin, the blockbuster allergy medicine topped the list for the second year in a row with DTC spending of $136.8 million in 1999, the foundation said. In second place was Prilosec, the heartburn medicine which accounted for $79.4 million in ad spending.

Nancy Chockley, president of the foundation, said the ever-growing ad spending has aroused worries “that people are beginning to ask their doctors for newer and costlier medicines when less expensive drugs may work just as well. These findings raise many questions. Among the most important is whether mass media ads for prescription drugs will further push pharmaceutical companies to become marketing powerhouses focused on selling drugs rather than developing truly innovative ones,” the study said.

Drug prices and spending have emerged as one of the top issues in the current U.S. presidential campaign. Vice President Al Gore, the Democratic Party candidate, has lambasted the pharmaceutical industry — saying steep drug prices have forced some Americans to chose between medicines and food. But Jeffrey Trewhitt, a spokesman for the Pharmaceutical Research and Manufacturers of America (PhRMA), said in an interview that the DTC ads provide consumers with vital facts about drugs and diseases and that they are careful to mention side effects as required by law.

“They are advertising and marketing, but they are empowering patients with detailed information and patients want to be empowered to know about treatment options,” said Trewhitt, who noted that another news organization had provided him an early embargoed copy of the foundation study.

In fact, Trewhitt said an article published by a national magazine last summer indicated that over 20 million Americans had gone to their doctors for checkups after seeing DTC ads. ”They heard about symptoms and that rang a bell, which is a constructive development,” he said. 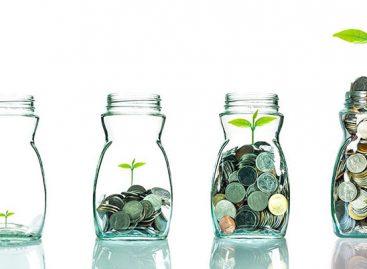