One of our loyal users known as “Trey” was kind enough to allow us to post this information on an article found in the latest issue of Scientific American (June 2001). We strongly suggest you pick up a copy yourself so that you can review the entire thing uninterrupted. The “clippings” below should give some peeks into the latest discoveries and insights in the medical community regarding the understanding of hair loss and hair growth. Enjoy.

The best news to me was that it played up on the fact that the follicles never die as once believed, but rather shrink and stay in the dormant stage. Also it’s interesting to see the research that is being done on these various stages and how all of this ties in to the original formation of the follicles in an embryo. Also the tone of the article is positive regarding future mens hair loss treatments and the attitudes of those who are currently researching this (as you will see).

For those of you who are new to hair loss research some of this might sound like Greek, but many of you will understand exactly what is being said here. These quotes are taken from various parts of the article, and I divided the quotes into three main categories (Follicles Don’t Die; Research Highlights; The Outlook)

“The good biological news is that in the most common types of thinning, hair follicles don’t die. In classic male- and female pattern hair loss (androgenetic alopecia), for instance, follicles become miniaturized and their growing phase abbreviated; they then produce extremely short, fine hairs. ‘Even guys who are bald still have little hairs on the top of their head,’ explains Bruce. A Morgan of Harvard’s Cutaneous Biology Research Center.” (MS) p. 76

“Hair thinning generally happens not because follicles disappear, but because the ratio of follicles in the growing and non-growing phases shifts unfavorably. Also, many follicles in balding people shrink progressively, ultimately producing only small, colorless hairs.” p. 74

“Baldness often arises not because follicles die but because they shrink and malfunction. Drugs that manipulate Wnts or other regulatory proteins might one day protect threatened follicles and prod shrunken ones into producing hair normally again.” p. 72

“As researchers become more sophisticated in their knowledge of the molecular interactions underlying hair growth, they can begin animal testing of compounds that might restore order to deranged regulatory pathways and revive dormant follicles.” p. 79

“To trace the molecular controls over any given process, scientists first need to know the basic outlines of the process itself. By 1995 microscopists and others had developed a good sketch of the incredible steps that lead to the formation of hair follicles in the developing embryo. They had also described the hair cycle — the periodic phases during which follicles produce or stop producing hair; follicles undergo this cycle repeatedly in a lifetime.” p. 72

“Anagen follows telogen. Early on some of the stem cells from the bulge divide and travel down along the basement membrane to become matrix or outer root sheath cells. Once formed, the matrix cells proliferate and ultimately give rise to the hair cells and the inner root sheath, repeating the steps that occur during the embryonic development. This repetition implies that the events of anagen are probably controlled by a number of the same signaling molecules that operate during development.” p. 74

“As is true during follicle development in the embryo, during the anagen signals from the dermal papilla instruct the matrix cells to divide and subsequently differentiate into hair cells. For this reason, scientists have become very interested in uncovering the nature of the signals issued by the dermal papilla during development and cycling. They don’t have the answer yet, but in the past few years Elaine Fuchs and her colleagues at the University of Chicago have discovered that the dermal papilla‘s signals probably convey their directives largely by activating still other signaling molecules — members of the Wnt family of proteins. Wnt proteins have long been recognized as key regulators of varied developmental processes in mammals and other organisms.” p. 74-75

“Fuchs began her search for the molecules that dictate the conversion of matrix cells to hair cells by trying to identify the molecules in the nucleus that switch on the hair keratin genes. In 1995 her group discovered that a regulatory protein called lymphocyte enhancer factor 1 (LEF1) participated in activating the hair keratin genes. It was also present during hair follicle formation in the embryo, where it appeared in the earliest clusters of ectoderm cells as well as in the cells destined to form the dermal papilla.” p. 75

“…without LEF1, mice fail to make a furry coat. And when Fuchs’s team engineered mice that produced excess LEF1 in the skin, the animals produced more hair follicles than normal.” p. 75 (you’ve all read that online article, I’m sure — http://news.bbc.co.uk/hi/english/sci/tech/newsid_221000/221359.stm — Trey)

“LEF1 cannot activate genes on its own; rather it must first couple with a second protein, beta-catenin. The only mechanism known to trigger this coupling was the activation of the signaling cascade that begins with the binding of a Wnt molecule to the cell surface. Beta-catenin normally helps to form junctions with neighboring cells. In the absence of Wnt signaling, an enzyme inside the cells marks any unused beta catenin for destruction. Wnts instruct cells to handcuff that enzyme. With the enzyme out of commission, beta-catenin becomes free to accumulate and to pair with LEF1 or one of its relatives.” p. 75

“Those experiments implied that Wnt is the mesoderm-issued signal that instructs the overlying ectoderm to begin forming an appendage and is
likewise the ectodermal signal that tells the underlying mesoderm to form the dermal papilla. What is more, much later in development, after
follicles have formed, Wnt appears to be the message that directs matrix cells above the dermal papilla to differentiate into hair cells.” p. 76

“As adults, these rodents [mentioned earlier — Trey] acquired an unusually lush coat by forming new follicles between the ones that were laid down during the embryonic development… As the furry rodents aged, they acquired benign lumps that resembled a common human scalp tumor called pilomatricoma. Fuchs’s laboratory subsequently demonstrated that in humans these tumors arise when a mutation in the beta-catenin gene prevents the protein’s breakdown.” p. 77

“Wnts are major regulators of follicle development and cycling but…simply delivering Wnts by constant application would not be feasible as a human therapy, because of the tumor risk. The trick to correcting hair maladies, Fuchs contends, may be to deliver Wnts in a pattern that mimics nature better or to manipulate other steps in the Wnt signaling cascade.” p. 78

[If other tests go well…] “…human scalp skin can be transplanted onto mice incapable of rejecting it to determine whether human and mouse follicles respond comparably to the agents. And if those results are good, investigators may attempt human trials of the most promising drug candidates.” p. 79

“‘We don’t have a product yet that’s going to be ‘wow!’ for over 50 percent of people she [Marty Sawaya] notes. I do think dutasteride will be that product if the company goes forward.’…GlaxoSmithKline may choose to pursue it first as a prostate drug, as happened with finasteride.” p. 77 (MS)

“Scientists are on the prowl for new drugs all the time….Michael Detmar discovered earlier this year that abundant amounts of a growth factor that increases the blood supply make mice grow hair faster and thicker. Now…the hunt is on for small molecules that will either mimic or activate the factor.” p. 77 (MS)

“A fundamental understanding of hair biology may someday let physicians replace a defective gene in hair follicles through gene therapy or grow hairs in a petri dish for use in graft surgery. ‘The complexity of the question is like understanding how a limb forms. It’s ambitious. But we are discovering a lot and discovering a lot quickly,’ muses Kurt S. Stenn, chief scientific officer of Juvenir Biosciences, a company recently spun off from Johnson & Johnson to focus predominantly on hair research. ‘This is a wonderful time to be working in hair biology. So many breakthroughs are coming.'” p. 77 (MS)

“No one can predict how soon dermatologists and pharmaceutical companies will be able to produce new therapies built on the discoveries emerging from basic research into hair follicle development and cycling. But that research is progressing remarkably fast. If the pace continues, Fuchs predicts, much of the information that is needed to understand the complex controls on hair manufacture will probably be in hand within the next five years.” p. 79

Fuchs is the fourth scientist that I’m aware of who has mentioned a five year time frame (Gho [HM], Christiano [gene therapy], and Daly [stem cell] being the other three). Let’s hope at least ONE of them is right. Also Kurt Stenn, mentioned above, was the man in charge of that site that we found that’s looking for the MPB gene(s). By the way, I thought this page was somewhere on HairlossTalk. I looked for it and can’t find it any more. BTW, I think that link and any other link to these researchers should be on all of the hair loss site — the more volunteers the better.

How to know if a Hair Loss Treatment Works? 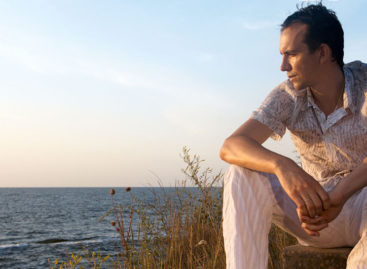