ISHRS Conference: Hairline Design in the Era of Prop,Minox

ISHRS Conference Crossfire. Two transplant surgeons debate whether or not a hairline transplant should be attempted in light of the fact that Propecia and Minoxidil have been shown to maintain hairlines in many people.Presenter: Dr. Marc Avram
Rebuttal: Dr. Matt Leavitt

One of the advantages of hair transplantation is the long term growth of the transplanted hair. Over the past several decades, this advantage has been turned into a cosmetic disadvantage for tens of thousands of men who were transplanted at Norwood stages II and III along a frontal hairline or into a small patch of Alopecia in the vertex, who then progressed over time to a Norwood V-VI resulting in bizarrely implanted grafts in frontal-temporal hairline and vertex of the scalp. Over the past decade, minoxidil and finasteride have gained FDA approval for Androgenetic Alopecia. Both are effective in maintaining existing hair. This has resulted in in some hair transplant surgeons advocating a “more aggressive” hairline design and candidate selection. I believe this should not be the method that surgeons advocate. This approach will obligate patients to a lifelong commitment of medication. All hair surgeons should assume patients will progress to at least a Norwood V and plan surgery with this assumption. This approach will allow increased density from surgery by maintaining existing hair, but also give patients the freedom to continue or discontinue medication and have a long term natural appearing head of hair.

Dr. Avram opened with discussion on the statistics covering the percentage of men who are currently losing their hair. He identified hair loss as a progressive process and discussed reasons why. He introduced Minoxidil (Rogaine) and Finasteride (Propecia) as two treatments currently available on the market, and identified them as products that can help stop hair loss and promote hair growth. He pointed out that exact method is still not understood with Minoxidil. He presented the 5 year minoxidil study, and stated that finasteride is considered a safe medication with no blood test required, and no allergic reactions. The use of both Minoxidil and Propecia was discussed. He stated that there were no controlled trials but both are considered synergistic and possibly the “ultimate therapy” for MPB. Maintenance is a key philosophy in treating hair loss today, and regrowth is considered an added benefit. Among hair restoration surgeons, the concept of the hairline is considered an “ill defined transition zone”. Realistic expectations for hair lines based upon today’s technologies is recommended. Natural and undetectable hairlines, based on current technology, are realistic to expect. Hairline location is different for each patient. When it comes to motivating a patient to use Finasteride or Minoxidil after a hair transplant, this should be left completely up to the patient. The use of medications should always remain elective.

Hair Restoration remains the only permanent solution to hair loss. However, hair transplant surgeons have always been faced with the fact that there is no way to predict continued hair loss in a patient. Medical treatments such as Minoxidil and Finasteride (Propecia) can help stabilize hair loss but patient long-term usage cannot be guaranteed. This rebuttal will focus on the impact of these treatments in terms of hairline design and the long-term range hair restoration plan for the patient.

Dr. Leavitt feels post transplant patients should be placed on Finasteride and Minoxidil for 6 months to a year to see how they respond. He pointed out that these treatments do not work in everyone, and long term patient usage cannot be guaranteed. Younger patients are most devastated by their hair loss, in the age group of 20-30. Psychologically and Sociologically it can and does affect them much moreso than others. These younger patients are typically much more impulsive, and willing to sacrifice everything for today to avoid what may be coming tomorrow. At the same time, at this point in their lives, the financial stability is not optimum. Setting realistic expectations with younger patients is very important. 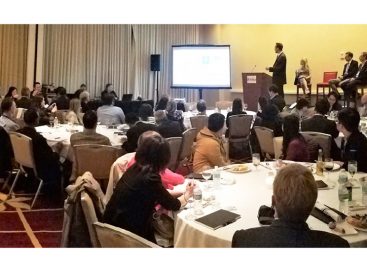