Then we have done this in several clinical studies, and we have shown that this is fairly accurate. As a positive goes, we know that even if you metabolize minoxidil, you still might not grow hair because it’s faulty. A variable problem and not so simple.  But in clinical practice, what we discovered is this plucking business doesn’t work very well. The patients really don’t like it. And even though we say eight hair plucks is the minimum, you really need to pluck a lot more than the eight because some of them will not have the bulb. You know, in clinical, things don’t work that well. So you’ll need more than eight. You really need the eight to run the assay. The other thing is that this is a laboratory developed test, meaning that you actually have to send it to a lab. You’ve got to wait for the results. So this whole process is not as conducive for an OTC drug.

So we’re thinking what is the alternative to this? Is there a non-invasive way to do it? And that’s when lasers come in. Since everybody’s doing lasers, we want to do the laser.  So one of the things that we know is that minoxidil, the vasodilatory effect of it, is also related directly to the minoxidil sulfate. Actually, minoxidil itself, again, is a pro drug. It doesn’t do anything. It needs to be sulfated. So one theory that we had – and it was just a theory – is that maybe if we apply minoxidil on somebody’s head or scalp, we’ll see some profusion change, and that profusion change might correlate – and it just might – to the activity of the sulfotransferase enzyme.

Now, we have a lot of doubts about it because it might be that the amount of minoxidil that you’ll need to put in will have to cross a certain threshold to see that response in vasodilation. It might be that there’s some step function, or it might be a temporal phenomenon, where you see that it takes 15 minutes if it happens or it doesn’t happen. So we didn’t know what to expect, but we said, “Why not? Let’s try it.”

So we took 10 patients out of our 131 in our clinical study that we did, and what we did is we looked at the area between the thinning and non-thinning of the hair. And what we have done is that we measured the Doppler velocimetry, or the profusion, in that location. Now, it’s not as easy as it seems because it takes some time to get the signal stable, but we’ve done all that, and we used a whole bunch of software. And then we took the baseline. We applied afterwards minoxidil 5% to that location. We measured again at 15, 30, 45, and 60 minutes. So this is the result. You can see that on top of this graph.

What we have shown is that patients who have had more than 75% increase in perfusion within the 60 minutes of applying the minoxidil on their scalp correlated – it is a small study – but we correlated r = 1 in this particular case to the enzyme activity. So that was very very promising for us.

Just to kind of recap the whole thing. Due to the limited number of patients who are going to respond to minoxidil, and the fact that it takes a long time to respond, it would be great if there was some sort of way to actually find responders before we start therapy. We did find out, through several studies, that sulfotransferase activity correlates really well with the response to minoxidil, but there’s a lot of limitations to that. And the laser perfusion seems to actually resolve all these problems. And within one hour, noninvasively, we can probably get the results.

But more interestingly to all of this is something that we discovered with this is that we found out that patients who don’t respond have a lower enzymatic activity, and that’s also reflected on the laser Doppler velocimetry. But interestingly enough, what happens if we increase the amount of bioavailable minoxidil to these people? Now, I know there have been trials and different concentrations of minoxidil and different things, and there were a lot of adverse events. But what we think is that if you take a patient that have a very low enzymatic activity of sulfotransferase, that means that if you give them 5%, you’ll see a pretty low of perfusion and it also, again, with the enzymatic activity, you’ll see pretty low with the optical density. And let’s say you double that. Because on the average, we found that the patients who don’t respond to minoxidil had half the sulfotransferase activity.

We have shown a laser Doppler with these patients that actually you can get them with double the amount of bioavailable minoxidil to the same perfusion level as somebody who has had the normal enzyme activity. So interestingly enough, we think that in patients that have a low enzymatic activity and you can identify them before you actually start treatment, you could apply a higher concentration of minoxidil with probably very little, if no additional adverse events, compared to somebody – a normal patient that you apply 5% minoxidil and see some hair growths.

Now, we have done already some of that with a higher concentration. We’re now conducting a study that’s larger to show that in patients who are nonresponders to 5% with the in vitro diagnostic testing, a higher dosage, which is double the bioavailable dosage (which is not 10% by the way), is possibly a way to regrow hair in the nonresponders to the 5%.” 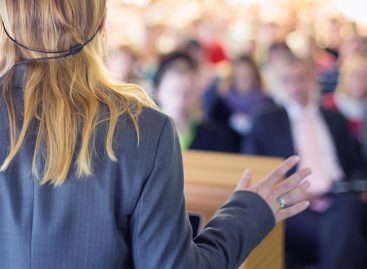 Differences Between Hairless and Hair-Bearing Scalp