Back in September, we announced a revolutionary new topical treatment for Alopecia Areata which is being created by Aclaris Therapeutics.  A few days later we published an article citing a case study of an Alopecia Areata patient who took a 5mg oral version of the same drug and saw complete hair restoration in only 16 weeks.  So both topical and oral seem to work, but as with many oral medications, the side effects can often be a problem.  So this drug is actually being investigated in two forms:  an oral (ATI-50001) and a topical (ATI-50002).  The topical form is being developed by Aclaris for the less severe Alopecia Areata.  Now it seems that Aclaris has begun forward progress on the oral version, intending it for use in the more advanced cases of Alopecia, known as Totalis and Universalis.

Known as JAK3 inhibitors, these medications work to inhibit immune overactivity in the scalps of people with Alopecia, and effectively treat this condition which has long been considered autoimmune in nature. Today Aclaris announced that they have submitted an Investigational New Drug application (IND) to the FDA for its oral drug candidate ATI-50001 for the treatment of Alopecia Universalis and Alopecia Totalis. Aclaris plans to conduct a human pharmacokinetic/pharmacodynamic (pK/pD) study to evaluate the safety of ATI-50001 in healthy volunteers starting in the first portion of 2017.

To date, Aclaris has not filed the IND for the topical version for Alopecia Areata, but we spoke with them today and confirmed that this is in the pipeline for submission in the beginning of 2017.   Either way it looks like the oral version for the more advanced forms of Alopecia will begin trials first, in the beginning of 2017, pending approval from the FDA on the IND.  This process typically takes about 30 days to complete, so the schedule is not expected to slip.

“We are excited to have achieved this important milestone,” said Dr. Stuart Shanler, Chief Scientific Officer. “We look forward to developing ATI-50001 as a potential oral treatment for these severe phenotypes of Alopecia.”

What is an Investigational New Drug Application?

In order for a medication to be properly tested, it needs to be shipped.  There are laws stating that drugs being shipped around the country must be approved, so the IND is basically a request for exemption from the FDA on this rule.  The IND also presents the justification and approval request to the FDA to begin clinical trials on a new medication based on some evidence established thus far, both for effectiveness and safety.   In effect, the IND allows Aclaris to begin trials in 2017 at different locations around the country and begin official clinical trials.

Alopecia is a term that is often used as a catch-all phrase for three major types of autoimmune-related hair loss:  Areata, Totalis, and Universalis, in order of severity and extent of loss of hair.  It is estimated that nearly 7 million people in the United States alone have had, or will experience some form of Alopecia in their lifetimes.  It quite often spontaneously appears, and even sometimes spontaneously resolves, but usually requires some sort of treatment (at least for the less-severe Areata version) including steroid injections.  Both men and women can experience the Alopecia’s, and the majority of them are younger than 30 years old when it first appears.  Treatments for these conditions have, until recently, been few to none.  There are online communities dedicated entirely to Alopecians, which tend to focus mostly on support and sharing, as solutions for the condition have not seen much success.

Clinical Trials to Begin in 2017

ATI-50001 and 50002 come from existing medications for autoimmune conditions such as arthritis, and similar inflammatory diseases.  JAK 3 inhibitors like these can tend to be somewhat potent and harsh on the body when taken orally, so the studies beginning in 2017 will focus heavily on safety and tolerance, at the lowest possible doses.  50002 being the topical version will also be investigated in 2017 as it is expected to have significantly fewer side effects, and – depending on the formula – may prove just as effective.  It’s good to know either way that Aclaris is leading the way to proper FDA approval and proper clinical trials.   JAK3 inhibitors have been viewed as possible treatments for the various forms of Alopecia for many many years, so we are happy to see some forward progress. 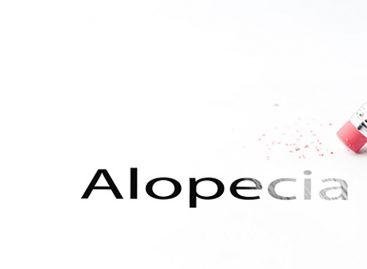