I've been lurking hair loss forums since about 2014, thinking about getting treatment but always chickening out or deciding to wait for technology to improve (hair cloning was always right around the corner!). Late last year I decided that I was finally ready to just do it and did some research and found Hasson & Wong in Vancouver, a short flight from where I live.

I have always had a high hairline, even as a kid. I wasn't looking for a restoration, but a nice age-appropriate strong hairline that I would love to look at in the mirror every day.

I sent them some pictures and they determined that I was a good candidate. Recommended transplant was 4000 FUE units to get me from NW3 to not on the scale. Pretty thick donor area and plenty to work with. 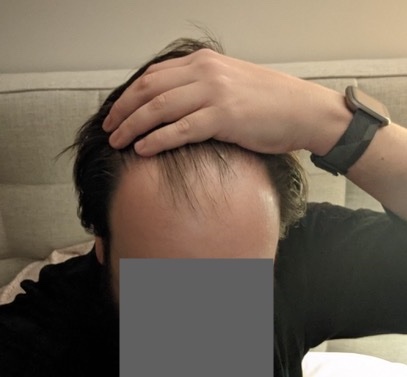 They scheduled me in approximately six months out and I waited. Along the way I received pre- and post-op instructions and a few pre-op questionnaires.

I flew out to Vancouver last week for my transplant. They comp a couple of nights at a hotel they like, but those aren't booked until you make the Big Deposit and by that time the hotel didn't have enough room and I had to make my own reservation at the Hilton Garden Inn. That hotel turned out to be a great choice as it's only a 7 minute walk along one side of the street to the clinic. They gave me a discount on the total price to make up for the hotel issue.

I didn't think and didn't read the pre-op instructions carefully enough, so I had to rush out and buy some button-up shirts for the day after the procedure.

The office has a beautiful view and the chairs are comfortable. They started with the standard pictures, shaved my excessively long hair, and then Dr Hasson came and took a look at what we had to look at. He was quite happy with the donor hair and suggested a hairline with about 4800 units (800 more than previous). I didn't have any specific hairline in mind and let him use his own judgment on what would look good.

The procedure itself started with numbing and extraction. Lots of juice and water were provided along the way. There was virtually no pain the first day's extraction and it was uneventful. The sedation makes that pass pretty quickly. The FUE process has a weird feeling/sound, but eventually you get used to it. I never got a look at the tool itself but I'm curious in retrospect.

One thing that surprised me: I was expecting them to extract from the back of my head, but they used both sides as donor instead.

The next steps were making the incisions in the hairline, then spending a few hours watching Netflix while two technicians/nurses place each graft one-by-one.

We did 2500 the first day and it ended pretty late. The day ran from 7am to about 9pm. I slept pretty heavily that night back at the hotel.

The plan for the second day was the final 2300 grafts. Day 2 started pretty quietly and we went right into numbing and extraction. The experience on day 2 was not quite as good as day 1. I'm not entirely sure why, but the anaesthetic was not nearly as effective and the pain was pretty bad. I kept asking to stop over and over.

We got to about 1800 grafts and I was dying (it hurt so much I broke down), and was given some oral pain medication that helped sedate me and reduce the pain to a manageable level. It hurt, but I did the final 500 in one session and focused on the end result. It was long and sucked, but when it was done it was done.

The remainder of the day was the incisions and implantation and that was somewhat uneventful compared to the start of the day. I was so exhausted I kept falling asleep during the implantation.

I went home for the night after that day completely wiped out and slept.

In retrospect I made a good choice to stay three extra days in Vancouver. The clinic performed a hair wash each of these days and checked the grafted area for ingrowns/pimples etc and made sure the hairs were all healthy. I highly recommend that you spend those extra days in town as I felt like the hair itself was in great shape for my short plane ride home.

I started to swell up on the second day of recovery and ended up with my eyes nearly swollen shut. This part was pretty miserable as well, but I was lucky that the swelling drained by the time I left on the third day. I had to wear sunglasses because I was completely unrecognizable as a human and my eyes were swollen like I'd been punched in the face. The swelling on the cheeks was pretty bad as well but manageable.

To manage the swelling I found some tips that avoiding sodium and drinking excessive amounts of water (to the point where you're peeing every hour or so) can help. I think this was pretty effective as each day was significantly improved and the last day I didn't even wear sunglasses in public as I felt pretty normal.

I flew back right after my third morning hairwash and slept pretty heavily that night.

I'm very happy with my new hairline and I'm excited to see what it looks like six months out. I'm ready for the shock loss/ugly duckling phase, but it seems to be in a pretty good place right now and I'm almost at the point where I can start cleaning it more deeply. 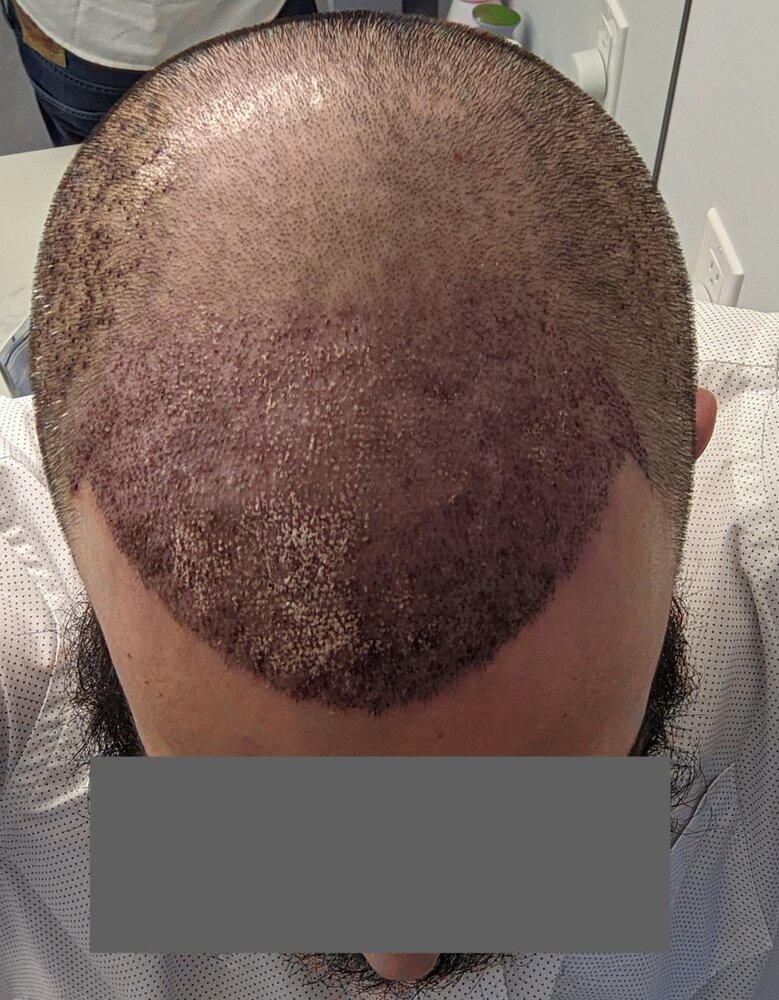 From 4 days post-procedure, this is what I can say:

I'll follow-up further along the process. I have no idea how to style this hairline, as I've never had this much in my life.

It's not NW3, it's already NW4 but without balding crown.
A

PRIMEN said:
It's not NW3, it's already NW4 but without balding crown.
Click to expand...