Im 23, and i think im going bald. The recession is slow, but I think it's definitely not stopping. It's so slow that you don't notice it. So I may aswell prevent this from getting worse.

I have pics from some months ago, and I have pics I took yesterday, with the same (harsh) powerful light right on my head. I'll upload them later. But from now i'll say, I have still a decent amount of hair (no one would tell im balding on the street) but there is definitely a recesion on the hairline. For some strange reason one side of my hairline is more receeded than the other. My right side is pretty decent actually, but then the left one when I pull my hair up you can tell there is a recession happening on there. I can see small hairs on there where it should be hair.

To give you some guidelines:

From dad side:
My dad: bald
His bro: bald
Grandad: bald
When I say bald is around NW6-7, basically done.

From mom side:
Grandad: I would say, NW3-ish, like horseshoe-ish shape. He has good hair besides the hairline recession (I think I can't see his head from the vertex or anything). All white hair.
I saw pics of him when he was around 40-35 ish (I guess) and he had a NW1, so I guess he receeded later at life.
My mom's older brother: I guess he is around 45 or more, and (as far as I can remember) he has a NW1 or maybe 2, but he is definitely not bald.
Other younger brother who died had good hair from some pic i've seen.

So basically, I have big chances of having male pattern baldness comming from my dad's side genetics, and some not as agressive from my mom's side. I've seen pics of my dad when he was younger and he still had hair at around 30ish, so he probably receded badly at around 35, now he is 50 ish with no hair. At least he has good hair on sides and back (black and density seems good, I've heard this may be good news for a potential transplant if I ever need it?)

Anyway, what I did is I visited 2 of the best dermatologists on my country (spain) and I got 2 opposite views:

One said I was safe and I told me to return in 4 years
Then months later I was still not sure and visited another one, and said I have male pattern baldness with "female pattern" (or something along the lines, he said something that included female). Whatever, I was like **** this, that means im going bald anyway.
He told me he noticed a little recession on the left temple of my hairline (like i said, the other side looks okay for some reason) and then a bit on that vertex-crown area. He took pics of my hair status.
So he prescribed me Minoxidil. Told me to apply it every night (15 spray pulsations) and rinse with a shower in the morning. This for 6 months, then come back to compare results.

This is the Minoxidil he prescribed me: 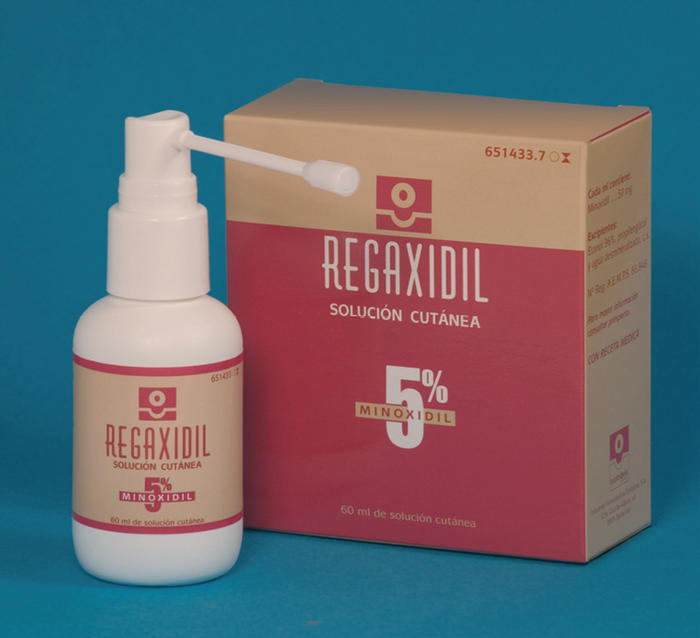 In the box it says it contains:

Then he also subscribed this supp: 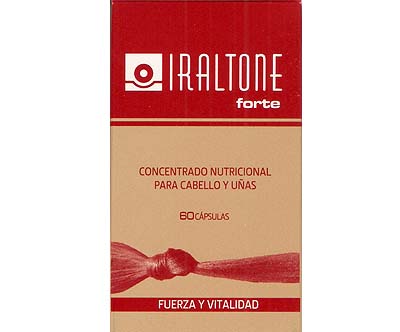 I guess the main thing is the Minoxidil and then the supplement is just a little extra.

So I was thinking about starting the treatment but then I started searching about the product on the internet and saw how there were people that:

a) Didn't do nothing for them
b) Made their hair fall (and apparently it wasn't shedding, it would just never come out again)
c) Had other side effects such as their faces getting busted or having really itchy scalp


I was really scared at that point, specially because since I still have decent hair I have a lot to lose if it goes wrong. What would I do to the dermatologist if I put that on my head and instead of recovering hair I lost it permanently?

I've also read how Minoxidil is not very effective on the temples or just the whole hairline area, and works better on the vertex/crown area. This is pretty lame, since the biggest impact with hairloss is "thanks" to lossing hair on your hairline.

The majority of patients weâ€™ve seen who use Rogaine for the hairline see only the regrowth of peach fuzz hairs, but rarely enough regrowth to satisfy their expectations or produce a significant cosmetic difference
Click to expand...

I also found out about a Minoxidil (claimed by some as the best Minoxidil ever) called Lipogaine that has an ingredient that apparently is key for stopping hairloss and you should be wasting your money if your Minoxidil doesn't have it, called azelaic acid.

This guy seems like he knows his ****. So I ask: If this Minoxidil is so superior to the other Minoxidils and azelaic acid is so important, why dermatologists (even more when they are one of the best in your area) don't recommend this?
And why they don't warm you about how little chances you have of making regrowth in your temples?

Anyway, so at this point, knowing all of this, WHAT would you do?

Should I start the treatment recommended by my dermatologist? (Regaxidil 5% 15 sprays every night) and the supplement?

Should I talk to him about Lipogaine and see what he has to say?

Should I just order Lipogaine and go by myself? (this would basically leave me alone, so if something goes wrong I wouldn't have anyone to blame)

Should I order something else? Like these stuff guys on there keep talking about (im new on all of this) like "RU" or "CB" (I have no idea on these, from what I understand it's experimental stuff so I don't know...). Should I ask my dermatologist about some of this too?

And what about that new stuff by Vichy Dercos "Neogenic"? It contains some new stuff called stemoxydine. I also have no idea about this, if it's legit or if it's some lame **** again.

And what about Finasteride? This is also scares the **** out of me due the potential sides, specially the permanent ED. Sounds like playing the russian roulette to me.

So what do I do? I feel kind of lost at and saturated at this point, but I have to decide since time is hair.

By the way, can anyone recommend me some legit shampoos? I have dandruff that wouldn't go away. When I scratch my scalp there are these sort of white particle stuff. My dermatologist told me to get any generic anti-dandruff shampoo and it should work. I've tried the HS ones and stuff and none give me decent results. Also my hair looks kinda frizzy and dry.

Is that Regenepure one really worth it? It contains Ketoconazole which apparently prevents MBP and isn't as aggresive as Nizoral on the scalp. Also it doesn't has that "sodium laureth sulfate" stuff that apparently can make your scalp irritated with frequent use. Is it intelligent to combine it with Minoxidil treatment or it isn't compatible? anyone has experience with this?

If so I would use Regenepure 3 days a week or so, and then some other shampoo that you can recommend me for "daily use" that leaves my hair lookin good.

I didn't have good results with Rogaine and it made my scalp irritated and inflamed, it also made me have dandruff and a greasy build up on my scalp. It doesn't do that to everyone and I also had a shed that means it's supposed to be working. Not to scare you but I shed for two months and stopped using it, but I was also shedding before I used it. It seems different for some users and from reading these boards there are guys who have stopped and regrown hair with only minoxidil. I just received my regenpure Dr today and so far I like it. I've actually been using sulfate free shampoo for a while and I like them, I'm using one from Paul Mitchell at the moment call awapuhi that I really like.
S

Should I just start with FInasteride then?
What the **** do I do? 8O
H

maybe it would be good for us to see your hair first. as for myself i've been suffering from hair falling out (still a decent head of hair) for 2 years and i just went to a few dermatologists and all they said was (yeah your hair is good, maybe you should just use minoxidil 2%) which i did for a while then found a new dermatologist and she certainly said that it was male pattern baldness and immediately prescribed me finasteride. she said that all of her pacients are really glad they started off on finasteride instead of minoxidil etc. she told me to start on 1mg a day but i will start on 0,25 for a few days then up it to 0,5 and see what will happen. best of luck to you and i would suggest you to post some pics.
S

Ben said:
If you do have male pattern baldness then finasteride and minoxidil will do. minoxidil is minoxidil regardless of the brand so there really is no 'best version'. Just go with the cheapest.
Click to expand...

I've been told stacking on more than 1 product is stupid unless you've tried and tested in one first. Like, if you start with finasteride start with finasteride and dont put more stuff at the same time, just stick to finasteride only for a year to see real results. If you take too many things from the start you don't know what is and what isn't working for you.
You must log in or register to reply here.
Share:
Facebook Twitter Reddit Pinterest Tumblr WhatsApp Email Share Link
Forum software by XenForo® © 2010-2020 XenForo Ltd.
Top